Back in July I wrote a post about upgrading my tank. I'm very excited to share that my Julii Corydoras have been laying eggs and producing babies. I have babies in a wide range of sizes and ages. It is an exhilarating experience to raise babies from an egg and see the development and growth as the fish progress from what looks like a tadpole to an adult fish. The biggest of the fish are developing their back fins and coloring and looking less like eyeballs with a tale. The smallest are recently hatched and only a few days old.

The first time I noticed eggs in the tank this summer, there were only four that I was able to find. I ran out and bought a fry tank, but sadly none of the eggs worked out. The next time she laid eggs (Sept. 6th), I was able to rescue 25 eggs (as shown below), Of those a few weren't fertilized, some of the fry died, etc. At one point I was able to count about 15-18 fry that hatched.

One morning I found one of my guppies managed to get in the fry tank. Not sure if some escaped or the guppy might have eaten some. I did start seeing other free swimming fry in the tank though. That is when I discovered 2 larger fry that I had never seen before who had been growing successfully all on their own in the tank with the other fish! I'm not sure if they are from the previous time when I found 4 eggs or from a time prior to that, that I hadn't known about. The largest of the two I have named Triton. He recently developed a heart shape on his dorsal fin as the  pigment cells are moving and developing. Just when I didn't think I could love him anymore, he goes and grows a heart pattern! The other large fry, I have named Sparty which is short for Spartacus. There are 2 other medium fry in the general public that are half as big as Triton and Sparty, but twice the size of the fry still in the fry tank. And just so we are clear, I did have the thought that Sparty would be teased at school for being Sparty Farty. I haven't been able to think of a better name yet.

Update: Seeing that no one was getting eaten, I decided to release the fry into the tank last night. We'll see how it turns out. I just measured Triton and Sparty and they are almost 2 cm long! The eggs are 2mm wide, they are getting so big! There are so many babies! This whole experience has just been so amazing from start to finish. I can't wait to see how they continue to grow and evolve into adult fish!

Posted by Constantly Constance at 5:59 AM

Thank you for your comment! Your comment will appear as soon as it has been cleared by Constantly Constance editor. 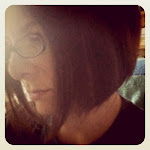 Hi, I'm Constance and I'm an artist and art teacher hoping to share my interests and inspirations with you. I believe in the power of simplicity, beauty in the tiny details and letting your imagination fill in the blanks.

All of my work (photos, artwork,etc.) represented here, and elsewhere, is protected by copyright.